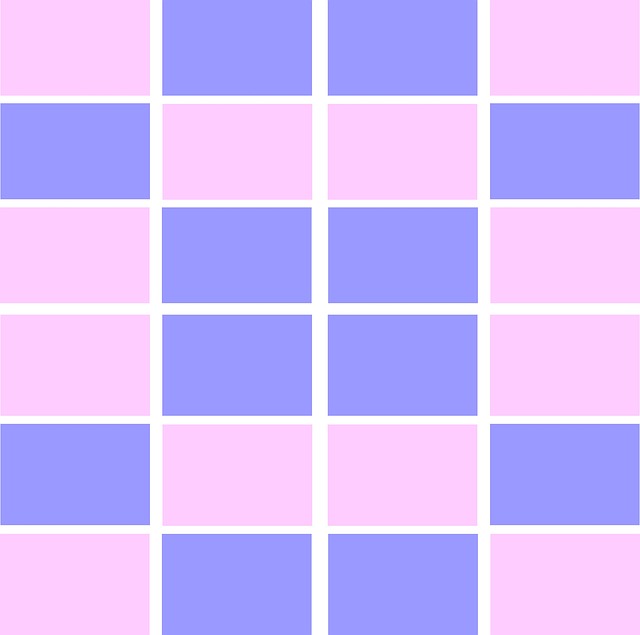 After the division of the zodiac signs into 4 groups (4 Elements of triplicate) and into 3 groups (the 3 Crosses of quality) follows naturally dividing them into 2 groups of 6 elements cite: we in Zodiac six signs Masculine and Feminine six signs . They alternate the position on the circle and have already been presented in section Astrology Initiation (material Male and Female , which highlights the tight coverage of Gender Law in astrology). We have already explained their general, but this episode will attract attention to important correlations with other concepts defined in previous episodes.

If we remember how they were associated signs and elements, we see that Masculine signs are just signs of Fire and Air , while Feminine signs are even signs of Water and Earth . We find such a combination of the masculine principle with Spirit (fire) and intellect (air), and a combination of the Feminine Principle Soul (water) and material (Earth). The Zodiac Fire form an equilateral triangle, and the Air form another equilateral triangle and these two overlapping triangles form a star with six corners Masculine signs, the famous symbol of the Star of David. Another Star of David, rotated 30 degrees from the first, consists of 6 Signs Feminine, similarly, by overlapping triangles composed of signs of water respectively from the Earth. The symbol of the Star’s classic David is more general, since it is explained by esotericists as the triangle made ​​up of men, with the top up, and female, with the top down. It’s perfect symbol of harmony and merging of masculine and feminine principles in the universe , as the Tai-Chi symbol illustrates oriental perfect harmony of Yin and Yang, which are other names for the male and female principles.

Want to know more about the tarot?

Tai-Chi is represented as a circle divided into two areas of different colors – a different color for Yin and Yang. They are not separated by a diameter of the circle, but a perfect S that cuts in two areas symmetrical circle from the center of. And in the wider areas of each is an opposite color, symbolizing that each principle contains the germ of the other, and that they can not exist without the other. Returning to the Zodiac, the 6 Masculine signs form a Star of David of two overlapping triangles, and speaking in relative terms, it can be appreciated that the air signs are “feminine” than the Fire, they forming part of the Star Masculine Feminine. We will discover the signs of Fire are governed solely by male planet while Air signs Feminine planets have as governors or neutral. Also, in Star Signs Feminine signs of water are “masculine” than those from Earth, they Feminine Star forming the male component, and we will see in this idea, that two of the signs of water have as governors planet Masculine and two of the signs of planet Earth are governed by the Feminine. But it is also an illustration of the fact that the masculine and feminine principles are found in all things, and even if we have different classifications of signs – in Masculine and Feminine, for example – it does not mean you have to see them as absolute separation areas principles, because they are intertwined permanently and continuously transform into each other. Another interesting correlation is with qualities Signs. We see that in each Zodiac Cross there are 2 perpendicular axes: one male and a female.

For example, Cross Fit consists of Masculine signs of Leo and Aquarius, on an axis (opposite each other on the circle), and the signs Taurus and Scorpio Feminine on the other axis. Since qualities are aspects of ongoing processes, the result of this balance Masculine and Feminine signs have the same potential for development, especially as they consistently and harmoniously cooperating in the various stages of life and transformation processes. However, we know that the appearance of 90 degrees (ie between two signs of the same quality) is something difficult and tense, always being between a sign Male and one Female. This happens because man needs to learn continuously to harmonize the functioning of masculine and feminine principles in his life and how he uses them or show them unbalanced, with both squares represent for him at times tense and difficult changes. All Crosses from the description we see two opposing signs are always of the same kind, that is are they both Masculine Feminine is either, but they belong to different triplicate. This tension occurs within the same stars of David, between opposite peaks of the two triangles, and therefore can meet extreme phase – oppositions sometimes develop into sharp conflict, sometimes they can lead to fruitful collaborations. It depends on the way that vibration is driven by accomplishment. Who drives the process? ” The stars predispose, but the man has “is the dictum that you should always have in mind. Two people can be in perfect opposition, for example if you are born with the Sun in perfect degrees opposite the Zodiac, or other important planets in opposition, and exists in the relationship between them prone to tensions on this issue, but the decision rests with them amplify these tensions, using them to refute or to fight, and the decision to come to terms and to seek ways of life together, collaboration, or at least fair competition. The stars I can not force you sons enemy to anyone, you who choose what you want to be to others.