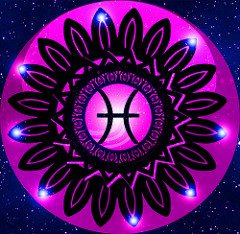 Born February 19 – March 20th, the 12th sign of the zodiac and the oldest. Complex, sympathetic, friendly, native of Pisces is a dreamer. Find it difficult to be practical. The native of Pisces is sensitive, impressionable, comfortable, genial and sociable, modest and willing to sacrifice for others. Does humor. Fantasy Pisces rich made ​​him the dreamer. He understands very well the other and thus can get out of critical situations. It is very brave and conscientiously fulfills its obligations and on time. Professionally, it’s a great collaborator, who gladly let others command. The native of Pisces predicts their weaknesses. Sometimes it is too secretive and tend to retreat into his world. It can be attracted to drugs, speculation that can lead to damage. Health: Natives of Pisces is prone to infection and diseases of the feet, especially the ankles. The intestines are also susceptible. Spiritual shocks can lead to depression and physical disorders.