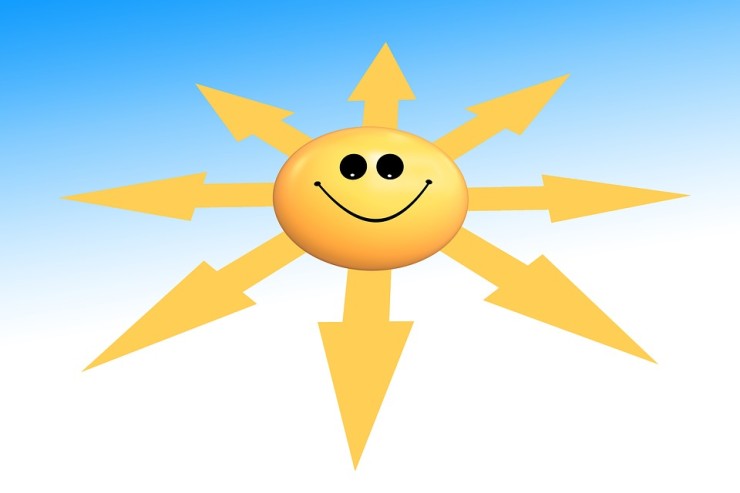 Of the 6 billion humans living of our planet, it is assumed that only a few have never heard of astrology. This is because in most of the countries is in use – for millennia – at least an astrological system and technological and materialistic civilization has failed even in so-called civilized countries to stop using astrology and development. However, it should be noted that a Many of those who have heard of astrology know of it only a few elements and thorough study of astrology remained reserved for those who had a certain appeal to it and have enough opening to universal knowledge to undertake such studies. Even in Romania Most people know there zodiac and astrology, but few are those who know more than signs of astrology Solar. Since Solar Signs are the most popular aspect of astrology, it is useful to decipher their meaning to have a clearer understanding of how it is perceived astrology at the public level. “Solar sign”or zodiac signs is a term that designates a sign ( the zodiac tropic) in which the Sun is at one time, most often in one’s birth. When it is said that a man “is Aries” or “is in Aries”, this can be expressed in the formula “has the sign Aries Solar” and, in fact, that means his birth when the Sun is in one of the 30 degrees of Aries. Thus, each man has his own sign (own sign Solar) under vibration was born. In fact, the sign is the Sun at its birth. Since zodiac has 12 signs, we deduce that people are divided, the criterion Signs Solar, in 12 main groups comprising an average of 500 million people each. This does not mean that the Earth is 500 million people only because they are all identical born under Aries – for example – but that all these people have in their natal Sun in Aries theme and thus, in their program of life, Aries vibration It is very visible and important. But it can express every man, in different ways, because there are many other elements that make the differentiation between an astrological natal chart and another, so that each person is unique, an entity with distinct features and potentials. Going over those items in May little known, we see that today astrology is very present in the media in the form of weekly or even daily horoscopes, which are some recommendations (or predictions) for each sign general. This is a popular use of astrology, but rather empirical and without depth, because the data presented relates only to sign and not considered Solar and other astrological aspects that can be found in a natal chart, and no individual developments using people’s free will.

It is possible that the perpetrators of such horoscopes to write to researching indeed in those days walking the stars and the correlations between stars and signs, but most write these categories without any study of the stars, literally simple as a box filled with something fun that can attract additional readers. This practice does not help any readers who are thus misled about astrology, and even astrology, which is abused for commercial purposes. Therefore, I recommend those who want to really take advantage of astrological information, primarily to avoid those “horoscopes” that does not indicate the author, and if you choose to read such a horoscope, to ensure that the writer is a practitioner of astrology. Another selection criterion for periodic media horoscopes based on the 12 solar signs, should be their vibration. A true astrologer will not write never experienced derided horoscopes, weather featuring comic vulgarized life and for the sake of doing something fun and to entertain the public. This does not mean that humor has no place in astrology, but slapstick humor betrays the author’s lack of astrological bases and those Zodiacs comic writers are made ​​humorous rather than astrologers. Using empirical astrology, the level shown above It has a value too low for what astrology could offer people if they would use it scientifically. This would mean that every man know, the science and art of astrology, much more than signs and their interpretations general Solar. Every man should know his natal chart – birth chart – and knows how to interpret it alone or with the help of astrology books. And then, to use astrology as a tool for progress, everyone should know to watch the stars walk, constant, and correlate it with the theme of his native himself to see what he can do better in life. In conclusion, this article is a plea for overcoming level empirical approach of astrology and its careful and systematic study. As people will discover the usefulness of astrology in the future it is likely to reach the mandatory registration and the place and time of birth and identity documents to the establishment of educational institutions for the study of astrology in Romania, as already exist in other countries .